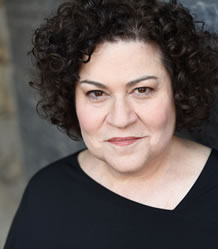 Cindy Gold An active member of AEA and SAG, Cindy has worked off-Broadway in New York and regionally at Cape Rep Theatre in Cape Cod, Massachusetts; Madison Repertory Theatre and the Peninsula Players in Wisconsin; Shakespeare Sedona in Arizona; the Alabama Shakespeare Festival; the Boston Shakespeare Company; and several professional improvisation groups, most notably Mental Floss in Miami and the Next Move in Boston. She’ll appear in the new TNT series, Leverage this season, and has appeared on Miami Vice and The Guiding Light, as well as a number of national commercials for television and radio. She has directed at Rivendell Theatre Ensemble in Chicago, The Coconut Grove Playhouse Summer Conservatory in Miami, The Lyric Stage in Boston, The Festival of Southern Theatre in Mississippi, and the 13th Street Theatre in New York City, among others.