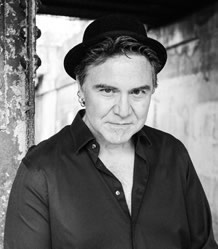 Jay Bonansinga (MFA, Columbia College Chicago) is the author of seven acclaimed suspense novels, as well as three original screenplays currently in development in Hollywood. Jay has collaborated with such major film directors as George Romero (Night of the Living Dead) and Mary Lambert (Pet Semetary) has been published by major players such as Penguin Books, Simon & Schuster, and Warner Books. He has been a finalist for a Bram Stoker Award for Best First Novel, and was awarded the prestigious silver plaque at the Chicago International Film Festival for his directing.