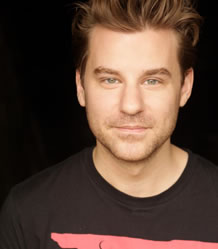 Stephen Cone‘s latest film, the coming-of-age movie Henry Gamble’s Birthday Party, was selected as one of only 23 films to screen in the prestigious BAMcinemaFest at the Brooklyn Academy of Music, and was recently featured in the New York Times as a part of it’s “Anatomy of a Scene” series. The film is also the recent winner of the Chicago International Film Festival Silver Q Hugo Award and has received rave reviews, with critic Sheila O’Malley of RogerEbert.com calling it a “dizzyingly confident ensemble film”, and Time Out New York naming it “a coming out story for the ages.” The film will soon have it’s European Premiere at the BFI (British Film Institute) Flare Film Festival and has been acquired for distribution by Wolfe Releasing.

His prior film, the award-winning, critically-acclaimed The Wise Kids, which the Chicago Tribune’s Michael Phillips called “one of the best coming-of-age pictures in a long time”, was a New York Times Critics Pick, and screened at more than 50 festivals worldwide, won 8 awards, including the Outfest Grand Jury Prizes for Outstanding US Feature and Outstanding Screenwriting, received rave reviews and appeared on several Best of the Year lists (including the Chicago Tribune’s and Chicago Reader’s) before being acquired for DVD/VOD by Wolfe Video.