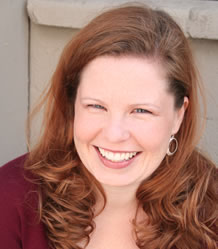 Janae Bakken began her television career as an assistant on shows such as Caroline in the City, Mad About You, Oh Grow Up and Malcolm in the Middle, where as writer’s assistant, she pitched and wrote two episodes in the third season. She got her first staff writing job on Scrubs in 2001, and after eight seasons writing on the show, she had worked her way through the ranks to Co-Executive Producer. Janae (with the rest of the Scrubs writers) was twice-nominated for an Emmy Award, and also won Humanitas and Peabody awards. She went on to write as a Co-Executive Producer for Baby Daddy, Gary Unmarried, and Anger Management. Janae has also sold several television pilots to ABC, CBS, Warner Brothers and MRC. Janae is an alumna of Northwestern University.