You will leave this Program with a powerful set of tools:

A portfolio of work, including:

Business acumen for navigating in the professional world of writing:

A network of new colleagues, including:

Moreover, you’ll be able to join the Northwestern University Entertainment Alliance, a recognized force in Film, Stage, and TV, which is devoted to promoting the careers of recent NU grads.

You will have acquired a broad and deep understanding of media writing, familiarity with production concepts, equipment, and techniques, and, most importantly, a Bauhaus understanding of the universals that connect all media, whether traditional or emerging. You will not only be able to plug into existing writing forms and opportunities, you will be uniquely prepared to help form the media of the future.

Based on our experiences with the highly regarded Creative Writing for the Media Program upon which this MFA program is modeled: Some of you will become writing partners. Some of you will form theatre companies together. Some of you will produce one another’s films, plays, and television shows. All of you will be part of a tight community. The writers, artists, and media visionaries of tomorrow.

“Attending Northwestern is not simply about going to a great school – it’s like joining a family. My career has been shaped not only by the relationships I made at school, but also by being able to make new relationships in the entertainment field simply from having Northwestern on my resume.” 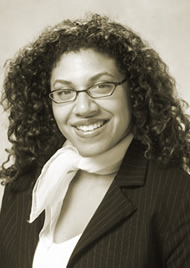