The goal of the MFA Writing for Screen+Stage Advisory Board is to provide students with advice and mentorship from industry professionals as they prepare for careers in the entertainment industry. We thank our board members for their participation and generosity. 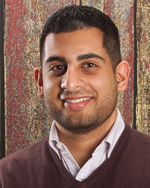 Farhan Arshad is a comedy writer who currently writes for CBS’ Man with a Plan starring Matt LeBlanc. He also has written for Dr. Ken and Kirby Buckets, and is a graduate from the prestigious Disney Storyteller’s program where he sold an original pilot to the Disney Channel. Farhan graduated from Northwestern University with a MFA in Screenwriting. At Northwestern, he was one of five writers selected to participate in Comedy Central’s Rocktern program, which was founded by Chris Rock. Farhan also holds a Bachelors Degree in Creative Writing and Political Science from Emory University. 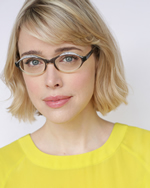 Carrie Barrett‘s plays have been produced or developed at The National Playwrights Conference at The Eugene O’Neill Theatre Center (Waterford, CT), Lincoln Center Director’s Lab (New York), Skylight Theatre Company (LA), Sideshow Theatre (Chicago), Kitchen Dog Theatre (Dallas), among others. Her improv and sketch comedy shows have been produced most notably at iO Theatres (Chicago & LA), The Hollywood Improv, SketchMelt by Nerdist (LA), The Second City (Chicago), Edinburgh Fringe Festival, Piccolo Spoletto Fringe and Chicago Sketch Fest. As an actor, she has appeared in over 30 national commercials, on various TV shows and can regularly be seen playing the daffy news anchor, Mary Gaperman, on Nickelodeon’s Henry Danger and voicing that character in its animated spin-off. www.carriebarrett.com 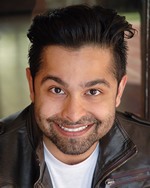 Neal Dandade is a racially ambiguous actor, writer, and improviser based in Los Angeles. Television credits include Sirens (USA), Kevin from Work (ABC Family), and Shrink (Seeso) in addition to regional and national commercials. Neal was featured as a writer/performer in the 2016 CBS Diversity Showcase and holds an MFA in Writing for Screen and Stage from Northwestern University, where he was also worked as an Adjunct Lecturer. Neal was a writing intern at The Daily Show and The Colbert Report as part of the Chris Rock Summer internship and attended the School at Steppenwolf. While in Chicago, Neal was a member of the Second City National Touring Company and created online content for The Second City Network. 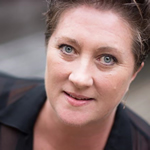 Kirsten Fitzgerald is a Chicago based Actor and the Artistic Director at A Red Orchid Theatre.  She was most recently on stage at A Red Orchid in Harold Pinter’s The Room and the world premiere of Pilgrim’s Progress by Brett Neveu. Other recent acting credits include the world premieres of Tracy Letts’ Mary Page Marlow and Bruce Norris’ The Qualms both at Steppenwolf Theatre and the world premiere of Appropriate by Brandon Jacob Jenkins at Victory Gardens Theatre.  Television credits include reoccurring roles on The Exorcist (FOX) Sirens (USA) as well as appearances on Chicago Med, Chicago Justice, Chicago Fire, Underemployed and ER.  Kirsten attended The University of Kansas-BA and received her MFA in acting from The University of Iowa.
Photo by Ryan Bourque 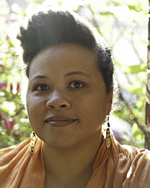 Gabrielle Fulton is an award-winning filmmaker and playwright born in Athens, Georgia, and raised in Atlanta. She received her BA from Columbia University, and her MFA in Writing for the Screen & Stage from Northwestern University. Gabrielle is currently Visiting Professor of Screenwriting at Kennesaw State University. Her short film Ir/Reconcilable received a broadcast deal from HBO and was awarded official selection status at both the American Black Film Festival in New York City and the Atlanta Film Festival. Among other works, Gabrielle also directed the documentary short If We So Choose, about the 1964 public accommodations protests to integrate The Varsity restaurant in Athens, GA. Her play Uprising was a Rolling World Premiere with productions in Atlanta, GA and Alexandria, VA.
Photo by Roni Nicole 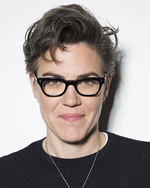 Sarah Gubbins is the co-creator, writer and executive producer of the Amazon comedy series I Love Dick, directed and produced by co-creator Jill Soloway. Also a Chicago playwright, Sarah’s plays include: The Kid Thing, Cocked, fml: How Carson McCullers’s Saved My Life, and The Drinking Problem. Her plays have been developed at various theaters including the Steppenwolf, the Public Theater, and Victory Gardens amongst many others. In 2012 Sarah was named, Best Playwright of 2012 by Chicago Magazine. Her play The Kid Thing won a Chicago Joseph Jefferson Award for Best New Play that same year. Sarah is currently co-writing a movie 10 Aker Wood with Jill Soloway, which Jill will direct.
Photo by Elisabeth Caren 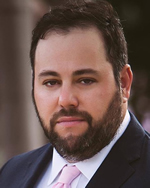 Ethan Kass is a Los Angeles-based playwright and television writer. After spending much of his twenties working on Wall Street in the hedge fund business, Ethan made a drastic career change and began writing. He was a 2013 Pony nominee at the Lark Play Development Center and his play, Square Peg Round Hole, was a 2012 O’Neill National Playwrights semi-finalist. Fat, a dramedy that examines obesity, was a 2013 semi-finalist for the Juilliard Lila Acheson Wallace Fellowship, a 2013 Bay Area Playwrights semi-finalist and is currently being developed as a TV pilot with MX Productions. Ethan was most recently on staff of Murder in the First on TNT and is represented by CAA and LBI Entertainment. 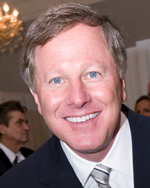 Brad Krevoy has produced, acquired, and distributed over 100 motion picture and television projects over the past 30 years, generating more than $1 billion in worldwide revenue. His blockbuster comedy Dumb and Dumber, starring Jim Carey and Jeff Daniels, grossed over $200 million worldwide. The heart-warming true story Taking Chance, starring Kevin Bacon, premiered at the Sundance Film Festival and was the most watched HBO original film in over five years at the time of its airing. Taking Chance won a number of awards including an Emmy, Golden Globe, DGA, SAG, WGA and Humanitas Awards for acting, directing, writing and producing. Brad Krevoy co-founded the Motion Picture Corporation of America (MPCA) and helped MPCA become the industry hit maker for moderately budgeted comedies that generated strong box office and critical acclaim, ranging from the comedy classic Kingpin, starring Woody Harrelson and Bill Murray, to Jungle to Jungle, starring Tim Allen. Prior to co-founding MPCA in 1987, Krevoy served as President of Roger Corman’s Concorde Pictures, which was one of the leading independent production and distribution companies. Mr. Krevoy remains active with several entertainment industry and charitable Boards of Directors, including IFTA, which runs the American Film Market and represents motion picture sales and distribution companies around the world. 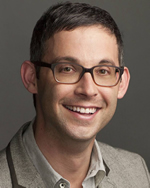 David Levine is Co-Head of Drama, HBO Programming, for Home Box Office, responsible for overseeing the development and production of original drama series. He was named to this position in June 2016. Previously, he was Senior Vice President of Drama. He currently oversees JJ Abrams/Jonah Nolan’s Westworld, the Emmy®-winning True Detective, Cinemax’s Peabody Award®-winning The Knick,and oversaw Emmy® and Golden Globe®-winning Game of Thrones as well as Emmy® and Golden Globe® winner True Blood. Before HBO, he was vice president of Development and Production at Mandalay Entertainment, and served as a producer at Fuse Entertainment where he developed and co-produced the pilot for USA’s smash hit Burn Notice. He previously also had stints as an executive in features at Zucker/Netter Productions, Out of the Blue Entertainment, Conrad Pictures, and Cinergi Entertainment. Levine holds a B.S. in Radio/Television/Film from Northwestern University. 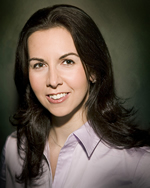 Jill Leiderman became Executive Producer of ABC’s Jimmy Kimmel Live! in April 2006. Over the course of her eleven years at the show, it has grown exponentially into its current 10:35pm CST time slot as of January 2013. Jill has worked with Jimmy and the JKL team to deliver over 2,000 episodes and receive multiple Emmy nominations. Leiderman learned late-night comedy during her nine-year tenure producing for CBS’ Late Show with David Letterman. She devotes time to many charitable efforts, serving as a board member of organizations such as OneKid OneWorld, Fresh StART, Northwestern University National Advisory Council and loves mentoring students. She is married to comedy director/writer Robert Cohen, (a Canadian who enjoys maple syrup on his eggs), and is mother to their 17-month old son, Rocket. 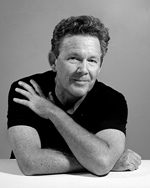 John Logan received the Tony, Drama Desk, Outer Critic Circle and Drama League awards for his play Red. This play premiered at the Donmar Warehouse in London and at the Golden Theatre on Broadway. Since then Red has had more than 200 productions across the US and has been presented in over 30 countries. In 2013, his play Peter and Alice premiered in London and I’ll Eat You Last: A Chat with Sue Mengers opened on Broadway. He also co-wrote the book for the musical The Last Ship and is the author of more than a dozen other plays including Never the Sinner and Hauptmann. As a screenwriter, Logan has been three times nominated for the Oscar and has received a Golden Globe, BAFTA, WGA, and PEN Center award. His film work includes Skyfall, Spectre, Hugo, The Aviator, Gladiator, Rango, Genius, Coriolanus, Sweeney Todd, The Last Samurai, Any Given Sunday and RKO 281. He also created and produced the television series Penny Dreadful for Showtime. 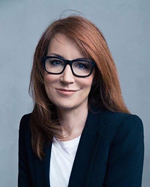 Margaret Nagleis an award-winning film and television writer and producer. Nagle’s very first script, HBO’s Warm Springs, received a record-breaking 16 Emmy nominations and won five Emmys in 2005, including Best Television Movie.  The film is about FDR and his journey from paraplegic to President. Nagle won the 2006 Writers Guild of America Award for Long Form Original Screenplay and was nominated for the Humanitas, PEN and Emmy Award. Nagle received a 2011 Writer’s Guild Award for her work on HBO’s Boardwalk Empire and the 2011 Golden Globe Award for Best TV series as well as being Emmy nominated. Nagle’s screenplay for the 2014 film The Good Lie, a film about the Lost Boys and Girls of Sudan, received the 2015 Paul Selvin Award from the Writer’s Guild of America. Nagle’s strong commitment to human rights and the recognition of the rights of children is evident in all the projects she pursues. She is a proud board member of United Cerebral Palsy of Southern California, and has also been raising money for humanitarian aid and awareness about the worldwide refugee crisis. 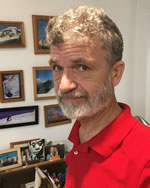 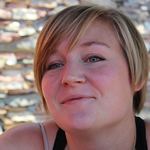 Kendall Sherwood is an LA-based playwright and screenwriter who currently serves as a supervising producer on Major Crimes, a spin-off of TNT’s hit crime series The Closer, where she worked her way up from an internship in 2010. She’s represented by CAA and The Cartel Management Group. Despite the transition into the television, Kendall continues her playwriting, including a workshop production of The Record Breakers in Denver’s Athena Project, a month-long run of Devil May Care in Chicago’s Wishbone Theatre Collective, and the honor of being named a finalist two years running for the Eugene O’Neill National Playwrights Conference for Found Religion and The Record Breakers. She received a BA in Theatre from Clemson University and an MFA in Writing for the Screen and Stage at Northwestern University. 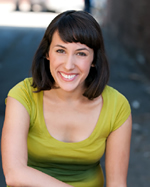 Jen Spyra is a staff writer on The Late Show with Stephen Colbert, where she also performs onscreen and off, as late night’s first-ever female announcer. She came to The Late Show from The Onion, where she worked as a senior writer and head of editorial video. Her humor writing has also appeared in The New Yorker, The New Yorker Radio Hour, McSweeney’s and elsewhere. Jen has performed improv comedy on teams at iO Chicago and iO West and currently performs in a monthly improv show with Alfredo at UCB in New York. 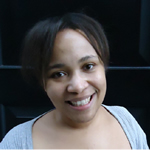 Alexis Williams is a literary agent at Bret Adams Artists’ Agency which represents actors, playwrights, directors, composers, choreographers, music directors and designers. Before joining the Bret Adams Team, Alexis held positions at McCarter Theatre Center, Contemporary Stage Company, and served as Literary Manager for Detroit’s Planet Ant Theatre. In her time in the theatre she has worked as a director, a producer, a dramaturg, a teaching artist, and has assumed multiple other roles in the industry. She has appeared on panels for the League of Professional Theatre Women, the NUEA, and the Musical Theatre Factory, and has served as a judge for the Strawberry Festival and the Samuel French Off-Off Broadway Festival. Alexis is an alumnus of the Lincoln Center Director’s Lab and is a graduate of Northwestern University.