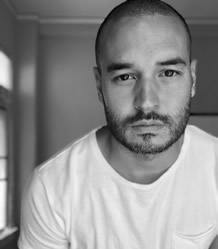 Joshua Chambers-Letson is a writer and performance theorist who researches and teaches courses in performance studies, critical race theory, political theory, and queer of color critique. His books and essays place performance studies in conversation with a diverse set of fields including black studies, Asian American studies, Latinx studies, art history, legal studies, and Marxist theory to ask two central questions: How do black, brown, Asian, queer, and trans people (alongside other minoritarian subjects) use performance both to survive the destruction and devaluation of their (our) lives and lifeworlds? And how does performance become a means for rehearsing and enacting new worlds and new ways of being in the world together? Artists that he considers in his scholarship include Nao Bustamante, Danh Võ, Nina Simone, Felix Gonzalez-Torres, Eiko, Keijaun Thomas, Teching Hsieh, Moriyuki Shimada, and Alexandria Eregbu.

He is the author of After the Party: A Manifesto for Queer of Color Life (NYU Press, 2018) and A Race So Different: Law and Performance in Asian America (NYU Press, 2013—winner of ATHE’s Outstanding Book Award in 2014). Academic writing has appeared in edited volumes and journals including Social Text, Political Theory, Criticism, Cultural Studies, MELUS, and women & performance. Art writing has appeared in catalogues for Teching Hsieh’s exhibition at the 2017 Venice Bienale and the Chrysler Museum/Grey Art Gallery’s Tseng Kwong Chi: Performing for the Camera, as well as Dirty Looks, The Brooklyn Rail, ASAP/J, and the Walker Reader. With Ann Pellegrini and Tavia Nyong’o he is a series co-editor of the Sexual Cultures series at NYU Press. He received his PhD from New York University in 2009 and was a postdoctoral fellow at Wesleyan University’s Center for the Humanities from 2009-2010.