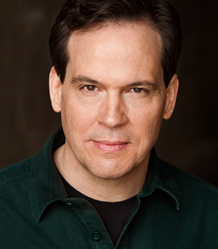 Shawn Douglass (MFA, University of Missouri-Kansas City) teaches Basic Acting. Shawn is an Artistic Associate with Remy Bumppo Theatre Company where he received an After Dark award for his portrayal of John Tanner in Man and Superman, and a Joseph Jefferson nomination for the role of Adolphus Cusins in Major Barbara. Shawn has also appeared with such Chicago companies as Northlight Theatre, Court Theatre, Apple Tree Theatre, Writers’ Theatre and Chicago Shakespeare. Shawn has appeared in over twenty Shakespearean productions both in Chicago and at Shakespeare Festivals in Wisconsin (American Players Theatre), Iowa and Montana. His directing credits include Romeo and Juliet for Montana Shakespeare in the Parks, as well as Julius Caesar and The Diary of Anne Frank for Theatre at the Center in Munster, Indiana. 2005 acting credits include the title character in Humble Boy (Remy Bumppo) and Astrov in Apple Tree’s production of Uncle Vanya. Shawn is co-adapting Twain’s A Connecticut Yankee in King Arthur’s Court for a reading at the 2005 Chicago Humanities Festival. He is a member of the Actor’s Equity Association.