Grace Barry is a New York-based writer who is currently locked in her childhood bedroom in California. She graduated from New York University in 2016, where she studied dramatic writing and developmental psychology. She is passionate about working with children and teenagers and has served as the assistant instructor of screenwriting at Interlochen Arts Camp in northern Michigan. Most recently, Grace helped to develop and launch The Little Wing, the childcare offshoot of women’s/non-binary folks’ coworking and community space The Wing. She has seen things during her years as a New York nanny that you wouldn’t believe. 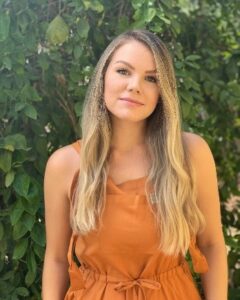 Alica Daine Benning hails from a small town in rural Arizona. After graduating from the University of Southern California with a BFA in Acting, Alica spent three years living and working bicoastally, splitting her time between Los Angeles and New York City. In 2017 she began to write and workshop her first solo performance piece, Poor Girl, which she performed at the Williamstown Theatre Festival that summer; she then decided to take a step back from acting, and began writing and teaching full-time. Alica spent 2019 completing teacher training and certification with Teach for America, teaching Drama and English to underserved student populations in grades 6-12, and writing and workshopping her first full-length play, Workplace. Alica is so excited to build her portfolio of theatrical work and explore new territory in screenwriting at NU. She is interested in telling stories that normalize and destigmatize conversations surrounding mental health, trauma, and navigating the female experience. 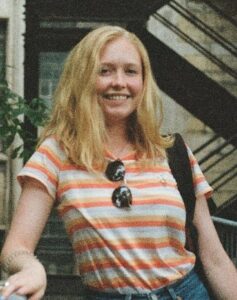 Abby Alleyne Brooke is a writer from Boston. She graduated from Stanford University in 2017 with a degree in English and Creative Writing and then moved to New York, where she worked as a Production Assistant / Secretary for HBO’s SUCCESSION and got really excellent at fixing malfunctioning printers. She has spent the last two years assisting producer Anthony Bregman at his company Likely Story, working on films like Netflix’s THE HALF OF IT and Warner Bros’ IN THE HEIGHTS. She has studied improv at the Upright Citizens Brigade and is passionate about cross-genre storytelling. 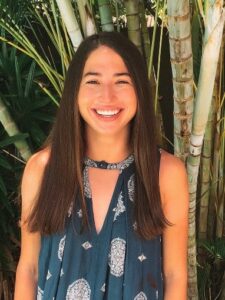 Mariah Diaz is a writer from Tampa, Florida. She graduated from the University of Florida with a B.S. in Biology, concentrating in neuroscience courses. After learning from showrunner Rene Echevarria on the set of “Carnival Row” she fell in love with screenwriting and the process of bringing a project to life from script to screen. At Northwestern she looks forward to exploring the contradictions and complications of life in today’s society through characters that walk the tightrope between comedy and drama. She enjoys running, college football, and convincing people to rewatch the movie Jaws. 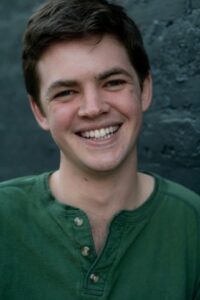 Michael Wilder Frazel is a writer and actor proud to be getting his MFA back in his hometown of Chicago. Before Northwestern, Michael studied at Reed College, the British-American Dramatic Academy, Chicago Dramatists, and the Jackalope Playwrights Lab. Over five plays, he has explored everything from Napoleon Bonaparte’s last days to the conceptual artist On Kawara to ancient Roman land reform. He also wrote and directed a fiction podcast The Phone Booth about a phone booth in the Mojave Desert, available wherever podcasts are found. Mostly, he aspires to the Nina Raine quote that “Sometimes it seems people only produce my plays as an excuse to get a drink with me.” 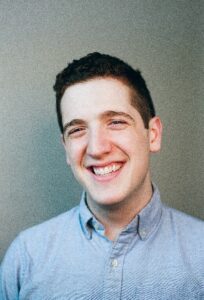 Philip Kenner is an NYC-based writer, educator, and performer originally from New Rochelle, NY. Recently, his play, “The Sun Club,” received a production at Dixon Place and a reading at the Jermyn Street Theater in London. He spent the last two years teaching playwriting at NYU and working as a member of the literary teams for the Sundance Institute and Rattlestick Playwrights Theater. Philip has developed work with Playwrights Horizons, Musical Theater Factory, and The Tank, and three of his short plays were published by The CRY HAVOC Company. He has a BFA from NYU Tisch with a dual degree in English Literature. Through his writing, he hopes to throw us into the mud of our collective shame so that we can have a good, filthy laugh. 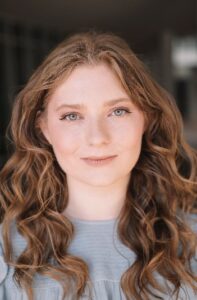 Madeline Kovach is a playwright and storyteller from Alexandria, Virginia. She spent the past four years getting her BA in Theatre at James Madison University. Maddie’s ten-minute play Shabbat Shorts, was chosen for a reading at the Kennedy Center American College Theater Festival Region 2 conference in 2019 and was selected as a Gary Garrison National Finalist. For the past year, between acting, devising, directing and being a teaching assistant Maddie wrote her first full length play Study Group, which had a full production in the JMU Studio Theatre in February 2020. In her spare time Maddie likes to watch every romantic comedy and period drama ever created and draw on whatever piece of paper is nearby. 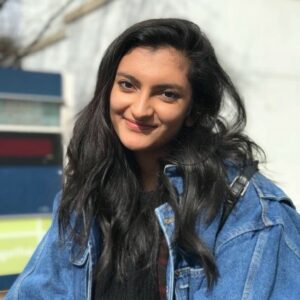 Samah Meghjee is a comedy writer originally from Longwood, FL. She graduated from Emory University with degrees in English & Creative Writing and Film & Media Studies in May of 2020. In 2016, her and her twin sister Salwa produced, directed, and eventually published their children’s comedic play The Mysterious Mystery of the Lost Letters (Brooklyn Publishers). In 2019, the twins’ short film Therapist Speed Dating, a comedy sketch, premiered on Amazon Prime Video. She has interned for the Alliance Theatre in Atlanta, GA, and has worked in India as a Media Volunteer and Video Editor for the Shanti Bhavan Children’s Project, a rural school serving students in the lowest socioeconomic class. She also worked as a Video Editor for Ideas United, a creative agency, editing videos for DC Comics, YouTube, NCAA, and more. Since graduating, Samah has been working on her short film Bad Muslims, which received the Emory Center for Creativity and Arts Grant and the David Goldwasser Religion and the Arts Grant. She enjoys thrift shopping, eating ice cream, reading in hammocks, and biking downhill. 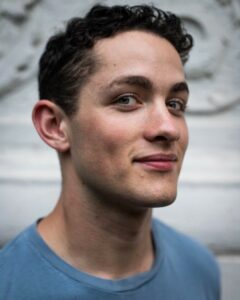 Henry Sheeran graduated from the Gallatin School at New York University with a concentration in Narratives and Poetics of Responsibility (he’ll explain it in person). Plays include Under a Foreign Flag, commissioned for New York’s WWI Centennial Festival, and Gain!, a semi-finalist for the O’Neill National Playwrights Conference. In 2016, he founded the annual Pennington Alumni Theater Series, which continues to produce new work in New Jersey. Henry works as an actor, improv comedian, and Off-Broadway electrician, sits on the board of Bated Breath Theatre Company, and is a member of the Dramatists Guild. He enjoys speaking German with his cousins, working on cars and bicycles, and training Muay Thai. 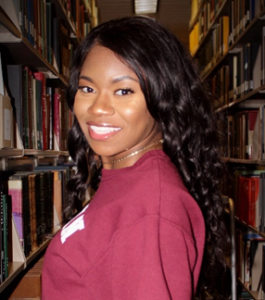 Maria D. Smith, who casually goes by Ri, was born and raised in Nashville, Tennessee. A graduate from the University of Tennessee, Maria studied English literature and Africana Studies before receiving a Master of Arts in English at Belmont University in the summer of 2020. She has traveled abroad, studying Shakespearean drama in London and Stratford Upon Avon, and honing her use of Spanish through cultural studies in Havana, Cuba. She has worked in journalism with organizations such as Latin American News Digest, non-profit arts management with Nashville Repertory Theatre, and early/after school education initiatives. Honored to be accepted into this program, Maria hopes to craft timeless pieces that can be adapted into the educational curriculum that helps to shape the minds of the future. She hopes to write for both stage and screen through developing themes centered around intersectional identity and the young millennial Black experience in the “modern” South. When she’s not writing, Maria can be caught quoting memes, listening to Megan Thee Stallion, or re-watching Living Single. 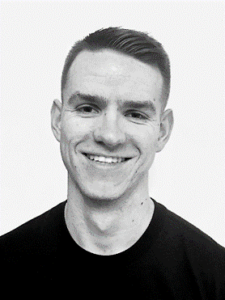 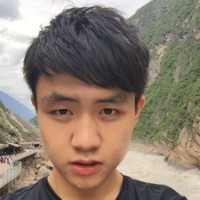 Yiran Xu is Chinese screenwriter who was born and raised in Chongqing city in Southwest China. After graduating from the Zhejiang University in 2018 with BA in English language and literature, he participated in film script and storyboard creation in promotional film shooting and worked as a scriptwriter Assistant for the Chinese TV series “the river” in 2019. His feature-length screenplay “Her” won “best feature-length screenplay” in the “Movie Maker Cup” in Chongqing in April 2020. As a writer, Yiran cares about the inner world of human beings, and non-linear narratives that accompanying the exploration and understanding of self. He wants the audiences who see his films to find themselves in the characters and story. In his spare time, Yiran enjoys gaming and watching Japanimation.