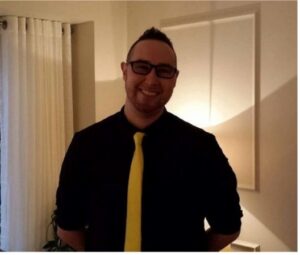 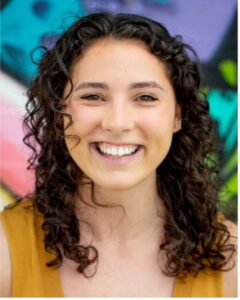 Sophie de Bruijn is a writer, comedian, and actor based in Chicago, IL. She graduated from Bowdoin College in 2018 with a degree in English, Theatre, and Gender, Sexuality, & Women’s Studies. During her time there, she was a founding member of the college’s first long-form improv team, interned at the Upright Citizens Brigade Theatre, and wrote her senior thesis on the history of women in stand-up. Since moving to Chicago she has studied and performed at iO, The Annoyance, and graduated from The Second City Conservatory. When she’s not performing she can be found teaching SoulCycle classes, playing video games, and hanging out with her earless cat, Josie. She is honored to be pursuing her MFA at Northwestern and is passionate about using comedy to bring meaningful laughs to rooms full of wildly different people. 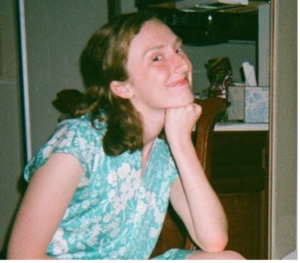 Kallan Dana is a writer and performer originally from Portland, Oregon. She has worked with Dixon Place, The Tank, The Jam at New Georges, and Permafrost Theatre Collective. Her play, Playdate, was directed in a commissioned workshop production at Dixon Place in September 2019. Her plays can be found on New Play Exchange and her writing has been featured on Culturebot and Broadway Beat.

Nijae Draine is a storyteller from Delaware. After graduating from Vassar College with a BA in Theater Studies, Nijae moved to New York City to pursue an eventful but short-lived music career. Nijae is especially interested in telling intimate, surrealist stories working within the mediums of sound design, performance, and film. Currently based in Oakland, Nijae has spent the last few months watching Taiwanese New Wave cinema (and The Golden Girls), reading books to help uncover (recover?) softness, wandering through the redwoods, and excitedly starting (then abandoning) too many pop song ideas. 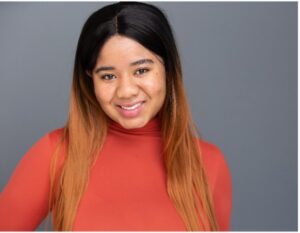 Sarah Grace Goldman is an actor and writer from Birmingham, Alabama. She is a recent graduate of The University of Minnesota/Guthrie BFA Actor Training Program (Class of 2021). Her writing is greatly influenced by the stories passed down through her family, her beloved YA novels, eavesdropping on strangers in airports, and hiking through Red Mountain. However, her writing is driven by her wish to diversify the stories surrounding Black and African Americans in all forms. Sarah Grace has performed on stages all over from Maine to London and written for theaters from Chicago to Florida. When she isn’t writing you can find her chatting with her dog Diggs and cooking some delicious southern dish, heavy on the butter. 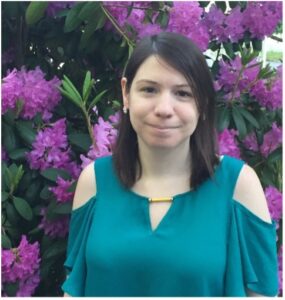 Michelle Houle is a playwright from Pawtucket, Rhode Island. She received her BA in Theatre Arts from Clark University. Michelle is a graduate of The Second City Training Center’s Comedy Studies program and an alum of the Kennedy Center Playwriting Intensive. She studied with the Chicago Dramatists and the Chicago Neo-Futurists. She is a recipient of the ATME Innovation Fellowship and the Michael P. Metcalf Memorial Scholarship. Michelle received a workshop production of her play, The Greatest Biblical Adventure Ever Told, in Clark University’s New Playwright’s Festival. She has written for Creative Screenwriting Magazine and Vulture. In the past year, Michelle has taken playwriting and history of musical theater classes through the Dramatists Guild Institute and the Porchlight Music Theatre. She writes dark comedies about Catholicism. In her free time, she enjoys playing tennis. 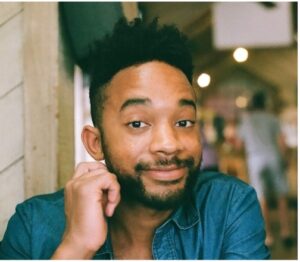 Jeffrey Hunter Jr. is a writer from Dallas, Texas. He graduated from the University of North Texas in 2018 with a Bachelor of Arts degree in Biology and a minor in English. His short story, Oreo Tendencies, received print publication in 2018’s North Texas Review, and solidified his belief in the ability of storytelling to spread empathy. He has worked in direct patient care, health insurance, and vision research. Now, he wants to shift focus to writing for the screen and stage to explore how systemic oppression and social caste impact self-perception and development, a topic made ever more relevant after this past year. When off the clock, Jeffrey hosts virtual anime nights, or tries rallying his Among Us server for game night. 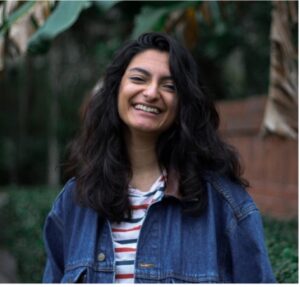 Salwa Meghjee is a writer originally from Longwood, Florida. She graduated with a BA in English and minors in Theatre and Creative Writing from UC Berkeley. She writes about mental illness, sisterhood, and the Muslim-American experience with a comedic bent. Salwa often writes with her twin sister Samah, and together they produced, directed, and published the children’s play The Mysterious Mystery of the Lost Letters (Brooklyn Publishers, 2016) and wrote the short film “Therapist Speed Dating,” which streams on Amazon Prime. Salwa also served in AmeriCorps, wrote a column on mental illness for the newspaper The Daily Californian, co-founded and ran The Golden Theatre Company, interned at Lincoln Center and Playwrights Foundation, curated the show Front Row at Cal Performances theatre, and co-wrote and directed Bear Pact, a play that 7,000 new Berkeley students watch every year on mental health, substance use, and sexual health. In her free time, she loves baking blueberry pie, playing with her cats Dipper and Mabel, and crocheting hats. 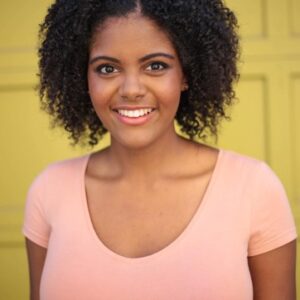 Daryn Robinson is a writer/Blacktress from D.C. Her affinity for tailored blazers compelled her to earn a Bachelor of Business Administration from Loyola University Chicago in 2018. After six months interning for a billionaire mouse in Orlando, she returned to Chicago, where she has worked in fundraising at the Tony Award-winning Goodman Theatre for the past two years. A desk jockey by day, Daryn moonlights as a student/performer at Annoyance Theatre and Second City Conservatory. She also writes jokes as a Features Contributor for The Onion, and her pilot Aqua Tofana was recognized as a ScreenCraft Competition Quarterfinalist. Daryn creates tragicomedies about women who are equal parts awkwardness and ambition…much like herself!