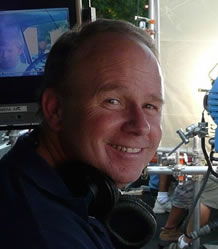 Jeb Stuart has been a motion picture and television screenwriter for over 30 years. During his career, he has written over 40 projects including The Fugitive, which was nominated for seven Academy Awards, including Best Picture; and Die Hard, widely considered one of the best action films of all time. It was recently added to the National Film Registry by the Library of Congress.

A longtime member of the Academy of Motion Picture Arts and Sciences, Jeb’s work has been recognized by the American Film Institute and the Writers Guild of America. His most recent project is a World War II drama called The Liberator which is currently in pre-production at Netflix.