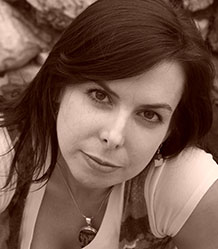 Laura Schellhardt (MFA, Brown University) has participated in the new play series at The Goodman, Northlight Theatre and Trinity Repertory Company as a reader of new plays, an assistant director and a director of development. She directed and taught theatre at the Piven School for Drama in Evanston for 4 years, and she was Education Director for both The Happiness Club – a Chicago based character education program, and for The Manton Avenue Project a similar program in Rhode Island. She is the founder of Kaleidoscope Kids, a theatre school for children, which opened its doors in 2000. Original works include On Yellow Winds, The K of D, Searching for Lochness, Inheritance, Je ne sais quoi,Shapeshifter and Courting Vampires. Her book, Screenwriting for Dummies was published in 2008 by Wiley Publishing.